Sometimes curves don’t look quite right. In Visualize, curves (e.g. a circular arc) are tessellated, meaning they are drawn using a series of line segments. In HPS, you can use the CurveAttributeControl API to control curve tessellation at the segment level.

Consider the following code, which inserts markers at the same locations used to define and insert an arc;

The result is rendered as shown;

The scale of the data, the default curve attributes, and the camera settings combine to show an arc rendered as a straight line. If the camera were zoomed out, this level of tessellation might be satisfactory. Assuming it’s not, let’s see what we can do to fix the problem.

There are two approaches that could be employed in this example to render the arc as a curve.

HPS.CurveAttributeControl — HOOPS Visualize HPS Documentation 2022.0.0 documentation ). This adjusts the tessellation as you zoom in to render the curve smoothly. 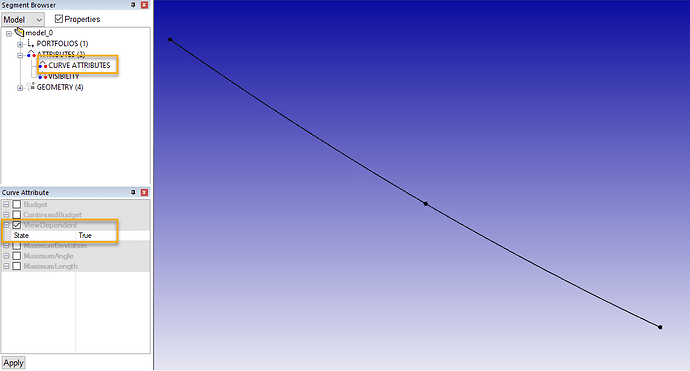 A couple things to note: